Cell Phones and the Developmental State 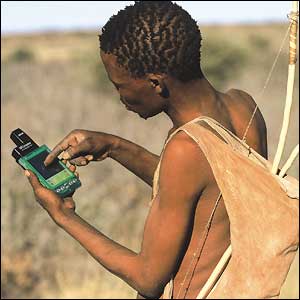 Foreign Policy often has some phenomenon reporting. One of the most recent stories starts off with a thought provoking question. “What percentage of cell phone accounts are in developing countries?”

The answer? C) 75%. That’s right. By 2009, 3 billion of the world’s 4 billion cell phone subscriptions were in the developing world. The reasons should be clear. Cell phones provide ready access to the rest of the world, allowing farmers to learn about forecasted weather conditions, allowing producers to access global markets to determine prices, and allowing families spread across the rural-urban divide to communicate readily. They go some way to leveling the information asymmetries that are a prime market failure, especially in the developing world. Cell phones may not be the panacea for economic development in the global south, but they certainly help rural residents to level the playing field.

The challenge, of course, is that the dramatic expansion of cell phone usage int eh global south is predicated on the failure of the state to deliver on the expansion of infrastructure to the rural communities of the global south. Like the much heralded solar power revolution in rural Africa, the proliferation of cell phones simultaneously represents both the empowerment of some rural residents in the global south and the abandonment of others. If the government is no longer responsible for ensuring access to infrastructure, some in the global south will never have access. Cell phones help to address this imbalance, but cannot overcome it.