What Would Al Gore Do? The Challenge of Climate Change 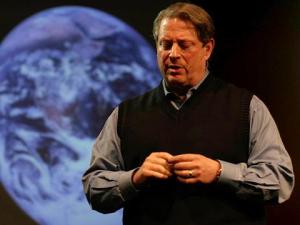 It’s now clear that the U.S. Senate will not take up meaningful climate change legislation before November’s elections. Although global climate change is arguably the most important crisis facing the world today, meaningful legislation in the United States was defeated by a coalition of Republicans, who argue that any legislation would undermine the “American way of life,” and Democrats from coal and oil-producing states, who fear the electoral impact of cap-and-trade. According to John Collins Rudolf, we may still see an energy bill that encourages an expansion in production of renewable energies, and sub-national groups like the Western Climate Initiative may continue to move forward with regional efforts to limit carbon dioxide emissions. But real climate change legislation at the national level in the United States is dead, trapped, according to Jeffrey Sachs, in a political quagmire.

Dealing with global climate change was bound to be difficult. The very nature of the problem—a global common good—makes cooperation difficult. Global common goods are defined by the fact that everyone benefits from the provision of the good, even if they have not paid for the good itself, a characteristic referred to as non-excludability. Normally, such goods are provided by the state, because there is little incentive for private businesses to produce such goods.

When we look at global common goods, the challenges are even more immense. If a country can benefit from efforts to resolve or reduce climate change without changing their own behavior, essentially free-riding on the efforts of other countries, why would they opt to enact potentially expensive measures to mitigate the problem. In a narrowly defined understanding of self-interest, the rational course of action is for them to do nothing, waiting for others to make changes, from which they will then benefit. The challenge, of course, is that if every state behaves in this way, the final outcome will be the one that everyone desires least. In international relations, this is referred to as the prisoner’s dilemma.

The dilemma surrounding the provision of global common goods can be transcended. The European Union, for example, is making real efforts to reduce their greenhouse gas emissions under their Emissions Trading Scheme, and binding targets under the Kyoto Protocol provide some guidelines for reduction. The challenge is convincing national governments to take action when it is far easier—less expensive and more politically expedient—to do nothing.

Chris Blattman muses on the relationship between mineral resources and conflict and then offers a video depiction of the nuclear explosions around the world from 1945 to 1998.

David Rothkopf asks if anyone knows how to plug a wikileak and asks the most important question of all: Despite all the controversy and news coverergage, did we really learn anything from the leak? Jon Stewart also offers his own take on the leak. 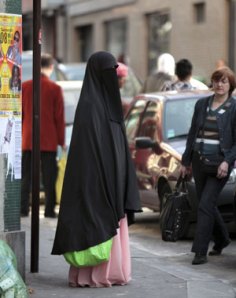 The French National Assembly last week approved by a vote of 355 to 1 a measure which would ban women from wearing the burka and the niqab in public places. France is home to an estimated 5 million Muslims, or 6 percent of the population. An estimated 2,000 French Muslims wear the niqab. The less-restricted hijab, or headscarf, was banned from public schools in 2004.

Violation of the new ban would be punished by a fine of €150 ($190) and a mandatory citizenship course. Forcing a woman to wear a niqab or burka would be punishable by a year in prison or a €15,000 ($19,000) fine. A spokesperson for the government described the religious garb as “a new form of enslavement that the [French] Republic cannot accept on its soil.”

The ban enjoys considerable support among the French public, which approved of the measure by an 82 to 17 percent majority. Polls indicate that strong majorities support similar measures in Germany, Britain, and Spain. Two-thirds of Americans oppose such a measure.

Although the French measure still must be approved by the upper house and will likely face a constitutional challenge, the ban has already provoked considerable discussion. Blogging at Big Think, David Hirschman argued that claims that the measure was intended to protect women  may actually wind up intensifying discrimination against Muslim women and further isolate and alienate French Muslims. In a rare moment supporting the French, Peter Worthington blogging at the conservative Frum Forum strongly supports the measure on the grounds of national security.

But among the most interesting has been Gideon Rachman’s blog at the Financial Times. For Rachman, the ban evokes questions of liberty that transcend both sides of the debate. For the ban’s supporters, the measure represents an effort to ensure the liberty of women, striking a blow for “republican values” like equity. For those who oppose the ban, the measure infringes on the individual liberty of women who choose to wear the niqab. Rachman’s solution is to develop a compromise in which face-covering veils in state-run locations like schools and government buildings. Like most compromises, however, Rachman’s solution is likely to displease all parties in the controversy.

So does the French ban protect or violate the civil liberties of the women it affects?

Globalization and the Environment asks what is the economic value of planet Earth?

Stephen Walt considers who Obama is talking about and why.

Steve Clemons laments the state of the environment in Beijing.

Alex Evans offers a classic example of problems in survey construction and then goes on to consider the rise of virtual worlds.

First, the background: South Korea—a steadfast U.S. ally—has proposed to begin reprocessing spent nuclear fuel rods. South Korea depends on nuclear power for up to 40 percent of its electricity generation. But it is running out of room to store the spent rods. One solution is to reprocess the materials, which would both provide fuel for next generation reactors and reduce the total volume of the waste produced. The problem for South Korea is that a 1974 treaty with the United States prohibits the country from reprocessing its nuclear waste because the process generates plutonium that can be used in the production of nuclear weapons. The 1974 treaty expires in 2014, and South Korea’s proposal comes ahead of talks intended to extend the agreement. At least so far, the United States remains opposed to South Korea’s proposal.

As Walt notes, there are three policy challenges presented by the South Korean proposal to reprocess spent nuclear fuel rods. First, the precedent set by the U.S.-Indian nuclear deal permitted India to reprocess spent rods. From the South Korean perspective, this represents a hypocritical double standard. India—already a nuclear power outside the NPT—is granted permission that is denied South Korea—a non-nuclear power inside the NPT.

Second, there are intra-alliance bargaining challenges presented by the recent developments. South Korea’s pledge not to develop a nuclear weapons program is predicated on its close ties to Washington. If that alliance begins to deteriorate, perhaps as U.S. forces are relocated away from the Korean peninsula to pursue national security objectives elsewhere, South Korea may feel increased pressure to develop its own defensive capacity, particularly in light of the potential threat posed by North Korea and the declining relations between the two countries following the Cheonan incident in March.

Finally, as Walt notes, there is a degree of hypocrisy in the U.S. position more generally, where Washington pressures countries not to develop their own nuclear civilian or military nuclear programs while maintaining the world’s largest arsenal of nuclear weapons as a central component of its national defense strategy.

Walt concludes that, “In my view, there’s nothing reprehensible or even surprising about this situation; it merely reminds us that no two states have the same interests and that hypocritical (or more politely, ‘inconsistent’) behavior is common-place in international politics. But the U.S. ability to persuade others not to flirt with their own nuclear capabilities might be a lot stronger if we didn’t place so much value on them ourselves.”

A broader question might also be asked about the role nuclear weapons in national defense. While the United States in April announced a review of its nuclear strategy, which was launched to much fanfare but probably resulted in little real change. Throughout the Cold War, the United States and the Soviet Union both maintained extensive nuclear arsenals intended to deter attacks from the other. But while mutually assured destruction maintained an uneasy stability between the two superpowers, would nuclear deterrence [glossary] function effectively on the Korean peninsula or in South Asia? Just as was the case during the Cold War, the effectiveness of deterrence depends on the rationality of the actors and the credibility of the threat. When actors become locked into standard operating procedures (the Cuban Missile Crisis) or when they behave in irrational ways (Kim Il-Jong, anyone?), the effectiveness of deterrence breaks down and the threat of nuclear war increases. Is it time for a refresher viewing of Dr. Strangelove?

Richard Gowan notes that conflict prevention is all about the politics.

David Rothkopf asks if it’s time to pull the plug on Haiti?

Blogging at Triple Crisis, Kevin Gallagher noted an interesting development in the “blame game” between the International Monetary Fund, the World Bank, the United Nations, and the World Trade Organization regarding the causes of the global financial crisis last year. As Gallagher notes, the World Trade Organization held its much anticipated session on the WTO and the financial crisis last week, claiming that the WTO played no negative role in the crisis.

The debate centers on the role of financial controls and capital account liberalization in the broader liberalization process. While the International Monetary Fund increasingly recognizes the importance of capital controls in preventing financial crises, the World Trade Organization continues to maintain that the imposition of capital controls may be “actionable” under the General Agreement on Trade in Services. In other words, even as the IMF acknowledges that imposing limits on the ability of speculative investors to move in and out of particular economies may provide an avenue for governments to limit the negative impact of such speculative investment on their national economies, the World Trade Organization’s rules make such restrictions a punishable offense.

The recognition of the importance of capital controls is not new. Joseph Stiglitz made a similar argument following the 1997 Asian financial crisis, arguing that the IMF ignored the importance of sequencing liberalization to avoid economic crises in developing economies. But there are two important take-away points here. First, the fact that the IMF—the former bastion of unrestricted liberalization—now recognizes that liberalization must be paced represents an important development in the international economy. Indeed, as a February 2010 IMF Staff Paper noted, controls on capital inflows “can usefully form part of the policy toolkit to address the economic or financial concerns surrounding sudden surges in capital.” Second, as Gallagher argues in his paper on the topic, capital account liberalization is not associated with economic growth in developing countries. In other words, at least among developing economies, there is little benefit but much risk in liberalizing financial flows. This is something that the government of Brazil recognized early in the global financial crisis, when it imposed a two percent tax on capital inflows attempting to limit portfolio investment tin the county.

The World Bank recently announced that, effective July 1, much of its data would be available to the public online. It’s a rich dataset, focused on living standards around the world, including more than 2,000 indicators, many of which span more than 50 years. The data is a veritable treasure-trove for those interested in development. Happy reading!