Oslo Terror and the “Clash of Civilizations” 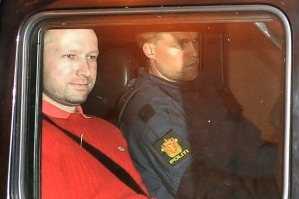 The massacre of 76 people last Friday in Norway has focused increased attention on anti-Muslim and anti-immigrant sentiment in Europe. 32-year-old Norwegian Anders Behring Breivik has confessed to the killings, making the following statement in court: “The operation was not to kill as many people as possible, but to give a strong signal that cannot be misunderstood: that as long as the Labor Party keeps driving its ideological line, and keeps deconstructing Norwegian culture and mass-importing Muslims, then they must assume responsibility for this treason. Any person with a conscience cannot allow his country to be colonized by Muslims.”

Although Breivik’s actions were obviously extreme, many analysts have pointed out that xenophobia and anti-immigrant sentiment has grown in Europe in recent years as migrants from Turkey, North Africa, and elsewhere have challenged European countries’ national identities.  There is fear that this xenophobia, evidenced by the rise of right-wing parties in Sweden, Finland, the Netherlands, and France, could produce more discrimination against “outgroups” and more acts of violence. Breivik’s 1,500-page manifesto approvingly quotes American bloggers and writers who have warned against the threat of Islam, prompting some analysts to charge that these bloggers bear some responsibility for actions such as Breivik’s, a charge they vehemently reject.

In 1993 Samuel Huntington warned of a coming “Clash of Civilizations” in which the battle lines would be drawn not between states (like in the 18th and 19th centuries) or conflicting ideologies (like in the 20th century) but between large cultural entities known as civilizations. Civilizations, in Huntington’s famous formulation, are like nations (groups of people who share a common identity) but at a much broader level. He envisioned 7 or 8 major civilizations in the world: Western, Islamic, Orthodox, Latin American, Sinic, Japanese, Hindu, and (maybe) African. He also predicted that major clashes would come between “the West vs. the rest” and Islam vs. others on its borders. Although critics have subjected Huntington’s thesis to considerable scrutiny, world events (particularly since 9/11) have led many to believe that Huntington’s work contains at least a kernel of truth that we would be wise not to ignore.

What do you think?  Is the Norway massacre and the broader xenophobic sentiment in Europe evidence of a clash between the Western and Islamic civilizations?  Will these large cultural groupings naturally clash due to their religious and historical differences?  Or do such explanations give undue weight to the acts and ideologies of a few extremists and ignore the generally peaceful relations that exist across “civilizational” divides?

This entry was posted in Uncategorized. Bookmark the permalink.