The EU, Ukraine, and the Tymoshenko “Show Trial” 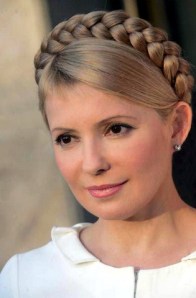 On Tuesday a Ukrainian court sentenced former Prime Minister Yulia Tymoshenko to seven years in prison on “abuse of office” charges that many in the West have dismissed as politically motivated.  Tymoshenko is the leader of the political opposition against President Viktor Yanukovich and a hero of the West-leaning Orange Revolution of 2004.  Like several other former Soviet states, including Russia, Ukraine has stalled in its transition to democracy, with crackdowns on political opposition, restrictions on media freedom, and an erosion of basic civil liberties rendering the country an illiberal democracy in the eyes of many observers.

Although there are rumors that the sentence could be reversed in the coming days, the “show trial” of Tymoshenko has angered many European leaders and threatened to derail two pending agreements on free trade and closer association between the European Union and Ukraine.

Financial Times foreign affairs blogger Gideon Rachman argues that the EU bears some responsibility for the corruption and authoritarian backsliding in Ukraine.  He contends that International Governmental Organizations (IGOS), like the EU, can influence states’ domestic politics and internal development.  By refusing to even give Ukraine “candidate status” in the EU, the European Union failed to provide encouragement that “would have hugely strengthened the  reformers and the democrats in Ukraine.”  Rachman goes on to argue:

“[Such support] would also have allowed the European Commission to provide masses of  technical assistance to the Ukrainian authorities, as they adapted their laws to  meet the Brusssels “acquis”. That would have given a big boost to the rule of  law in Ukraine because -as many of the countries of Central Europe  discovered – the process of applying to join the EU is, in itself, a  powerful driver of internal political and economic reform.”

What other examples of links between states’ domestic politics and international organizations can you identify?  Is Rachman correct in blaming the EU for Ukraine’s sputtering democratic transition?  What is Ukraine’s alternative to closer ties with the West if the Tymoshenko verdict is not reversed and if European leaders insist on punishing Ukraine?

One response to “The EU, Ukraine, and the Tymoshenko “Show Trial””