Is It Time for a Draft? 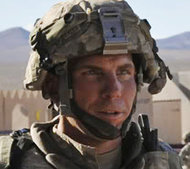 Staff Sergeant Robert Bales was serving on his fourth extended deployment in a war zone when he allegedly murdered 17 Afghan civilians. Could such tragedies be prevented by enacting the draft?

The revelation that Staff Sergeant Robert Bales, who has been charged with murder in the deaths of 17 Afghan civilians, had served in Iraq and Afghanistan on four extended deployments and may have buckled under the strain has rekindled a debate about the need for compulsory military service in the United States.  The New York Times on March 20 featured a debate among six experts on the topic “Would a Draft Reduce the Number of Post-Traumatic Stress Cases?”  You can read the full arguments of the six debaters here, but some of the highlights are as follows.

(1) Reviving the Draft would Bring Relief to an Overburdened Military.  Former Assistant Secretary of Defense Lawrence Korb argues that America’s current all-volunteer force was never intended to serve as a warfighting force: “The all-volunteer force is, as the Joint Chiefs of Staff told President Ronald Reagan in 1981 when he was on the verge of reversing President Carter’s decision to reinstitute draft registration, a peacetime force.  When this nation gets involved in extended conflicts, Selective Service must be activated or else the strain on the all-volunteer force will be too great.”   Former Army Officer M. David Rudd agrees that a tiny segment of the population is bearing an unsustainably heavy burden: “During World War II approximately 9 percent of Americans served. That number shrank to less than 2 percent during Korea and Vietnam,  and less than 1 percent during the Gulf War.  In this post 9/11 era, it’s remarkable that less than one half of one percent of Americans serve.”

(2) A Draft Would Produce a Military More Representative of All Americans, Which Would Close the Growing Gap Between the Military and Civilians.  Former Marine Corps Captain Anu Bhagwati points to the socioeconomic and racial divide between those who serve in today’s military and those who opt out: “The era of conscription has been replaced by today’s ‘economic draft,’ leading to a disproportionate share of working-class families bearing the burden of military service. It’s a dangerous thing for a democracy to impose military service on the least advantaged members of its society. It means that the 99 percent of Americans who don’t wear the uniform today are disconnected from the service.”

(3) A Draft Forcing the Sons and Daughters of Prominent Officials and a Broader Cross-Section of the Public to Serve Will Induce Greater Caution About Involvement in Wars.  Lawrence Korb argues: “Calling up some of the 20 million men who are registered with Selective Service would also have forced the American people to ask questions about the necessity for, or potential costs of, the wars, and likely would have prevented the killings of which Sergeant Bales is accused.”  And M. David Rudd notes that the current situation leaves too many leaders woefully ignorant of military life: “Perhaps most important, though, leaders across both parties in Washington with little exposure to military life can result in unrealistic expectations and policies that leave commanders with little if any choice but to continue to stretch an increasingly vulnerable fighting force, with tragic consequences.”

What do you think?  Is a draft a good idea?  Which of the above arguments (if any) seems convincing, and why?  Or would America be better off scaling back its sweeping foreign policy ambitions, as some critics contend, so that achieving its goals no longer requires huge numbers of men and women to be deployed abroad?

4 responses to “Is It Time for a Draft?”