Pedagogy: On the Merits of Map Quizzes 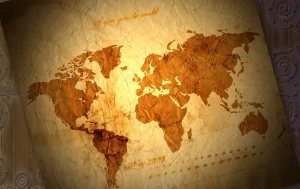 As a rule, Americans have an appalling knowledge of basic global geography. Studies by National Geographic and the US Department of Education both present an alarming picture of Americans’ geographic knowledge across a wide range of ages. Among the most dramatic findings were that:

Further, their lack of knowledge rarely presents a concern to them. The National Geographic survey found that more young Americans believe it is “not too important” to speak a second language than believe it is “absolutely necessary,” and only 22 percent hold a passport

Hardly surprising then that we wind up struggling to understand and deal with global issues, as Miss South Carolina USA’s now infamous example illustrates.

To combat this alarming trend, I’ve adopted a couple of tactics in my classroom. First, I regularly give map quizzes, which focus students to spend time learning basic geography. There are many online study aids which will help students practice, such as MapQuiz, LizzardPoint, or any of dozens of other sites that offer similar features. At a minimum, students should have some knowledge of state locations, though some instructors may also consider including major cities or other geographic features like lakes, rivers, and mountain ranges.

Second, I regularly include maps illustrating locations in my lectures, and connect our discussion of other issues to geography. Simply requiring students to learn where countries are for a quiz does not encourage them to retain this knowledge for later. By bringing geography into other issues, students come to recognize the importance of geographic literacy. But it all starts with knowing where countries are.

This entry was posted in Uncategorized and tagged geographic knowledge, map quiz, pedagogy. Bookmark the permalink.