Palestinian Statehood and the United Nations 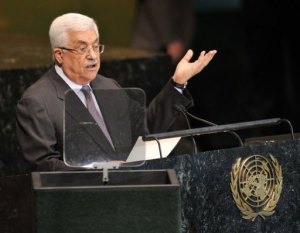 Blogging at the UN Dispatch, Mark Goldberg notes that the Palestinian Authority will ask the UN General Assembly to upgrade their status at the United Nations later this month. Palestine previously noted that it would push for United Nations membership, this move appears to be a more moderate (and far more realistic) course of action.

The United States and Israel are likely to be fairly isolated when they vote against Palestine’s application for non-member observer state status. It already enjoys observer status in the United Nations. Its new status would put it in the same category as the Holy See (the Vatican), which has held nonmember state status since 1964.

So why not become a full member?

There are currently 193 member states of the United Nations. According to the UN Charter, membership is “open to all other peace-loving states which accept the obligations contained in the present Charter and, in the judgment of the Organization, are able and willing to carry out these obligations.”

More practically, to become a member of the United Nations, a state’s candidacy must be approved by the General Assembly (by two-thirds vote) upon the recommendation of the Security Council.  And there’s the rub. The voting structure of the Security Council grants five countries (China, France, Russia, the United Kingdom, and the United States) veto power over the decisions of the body. Any single permanent member the power to block decisions of the group.

This is why, for example, Taiwan has never garnered UN membership; the government of China would block any vote in the Security Council, effectively terminated Taiwan’s application.

In the case of Palestine, the United States would veto the application, ending the process. So Palestine is left with the idea of applying for non-member observer state status, which requires only the approval of the General Assembly.

Global policies is messy, isn’t it.

A Look Forward in the Global Economy 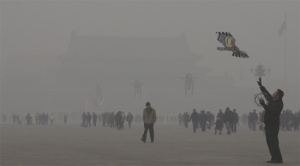 The Organization for Economic Cooperation and Development released some interesting data yesterday, which was picked up on by the Guardian’s Datablog.

First, have a look at the three minute video produced by the OECD highlighting its findings.

Then have a look at the Guardian’s Datablog graphics, which provide a side-by-side comparison of the composition of the global economy in 2011 and the projected figures for 2060.

The data are interesting, but we need to pause and think about what they actually mean. A couple of issues emerge.

First, as liberal political economy tells us, economic growth is not a zero-sum game. The developing world’s rising share of the global economy has not been at the expense of the developed world’s economy over the past forty years. Rather, as the “economic pie” has grown larger, countries like China and India have been able to capture a larger portion of the economic growth.

But the changing structure of the global economy does raise other issues which are more zero-sum.

Economic growth in the developing world raises concerns over access to non-renewable resources like coal, oil, and rare earth minerals. Already competition over minerals between the United States and China has led China to restrict exports. Further, competition between China and the United States for access to non-renewable resources has escalated. As other countries enter the fray, demand for such resources is likely to intensify.

Additionally, the nature of economic growth may give reason for pause. Historically, economic growth has been a highly polluting affair. The environmental Kuznet’s curve suggests that pollution increases with economic growth until a country reaches a particular level of development, after which protective regulations are imposed and the environment begins to improve. In this respect, China’s pattern of economic growth echoes the pattern established by Great Britain, the United States, Germany, and other developed nations as they industrialized. But the prospect of expanded pollution, dramatic growth in carbon emissions, widespread deforestation, and so on raise concerns about the sustainability of economic growth that are not addressed in the OECD report.

What do you think? Does the OECD forecast give reason for concern? Or is it merely part of a continuing trend of economic growth in the world? Take the poll or leave a comment below and let us know. 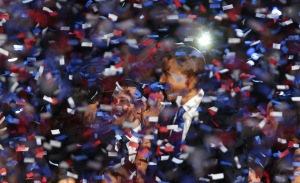 Now that the US presidential election is behind us, several bloggers have turned to ask, “What’s next for US foreign policy?” It’s a fair question, particularly given how little attention was paid to foreign policy during the presidential campaigns.

Bloggers from across the internet have offered their take. Examples include Mark Goldberg, who blogs at the UN Dispatch, and David Bosco at the Multilateralist.

To be clear, several key questions about President Obama’s second-term foreign policy remain outstanding. These include:

What do you think? What are the most pressing foreign policy issues facing the Obama administration in its second term? Leave a comment below and let us know your thoughts.

Making international politics relevant to our students presents an interesting challenge for political science instructors. While those teaching American politics face a similar dilemma in fostering student engagement, instructors in the IR and Comparative classrooms have the additional burden of “relevance.” Students intuitively feel that American politics is at least tangentially relevant to their lives. They understand that the taxes they pay support particular programs which reflect the priorities of the current and previous administrations and the ability of particular groups to mobilize in support of them. Getting American students to understanding how the United Nations, the European Union, or the International Monetary Fund relates to their lives, or why they should care about the political structures of Iran, India, Brazil, or Nigeria creates additional challenges.

This challenge is frequently compounded by the lack of international experience. While we teach diverse student bodies, our students have no real frame of reference within which to situate their understanding and analysis of international politics. Consequently, they often have difficulty drawing connections between the abstract theories and cases they are exploring in classroom and the real world of global politics. For the vast majority of our students, the European Union is an abstract political institution they’ve read about in class, not something they’ve experienced in person. The same is true of development, global inequality, war, international trade, and nearly all the other topics considered in the typical introductory course in international and comparative politics.

So how do we make our courses more relevant?

Perhaps the easiest way is by drawing out the connections for your students. Try starting with everyday items or experiences, then connect them to the world of global politics. When I teach the international trade and the WTO, I start with a T-Shirt, working backwards through the global trade system to explain how tariffs, nontariff barriers, relative currency values and exchange rates, and agricultural subsidies all influence global textile productions. (Pietra Rivoli’s Travels of a Global T-Shirt  is an outstanding resource for this discussion). For homework, I often ask students to keep track of where the clothing they wear every day for a week is produced. I then have them map their findings and write a short paper reflecting on how the patterns they see reflect dynamics of globalization and international trade. You could do the same thing with just about anything your students come into contact with in their daily lives: their food choices, their electronics, and so on.

Do you have an effective assignment or way of approaching the topics that connects students’ experiences with the abstract theories of global politics? Leave a comment and share your ideas below.

It was reported last week that the government of Guinea-Bissau was likely providing shelter for expansive nacro-trafficking operations. According to the UN Office on Drugs and Crime (UNODC) for West Africa,  a large number of small planes have been making the transatlantic journey from Latin America to the West African nation, likely carrying cocaine which is then sent on to Europe. While West Africa has long been an important transit point for Latin American drugs moving to Europe, the UNODC now estimates that Guinea-Bissau accounts for at least half of all cocaine shipped through the region.

What makes this case particularly interesting is the role of the military coup. The West African nation has a long history of coups and coup attempts; in nearly forty years of independence, no elected leader has finished their constitutional term of office.

Last April, the country’s military staged a coup ahead of the second round of presidential elections. The new government is believed to have close ties to drug traffickers. According to a BBC report, top military officials are believed to be working with drug traffickers to facilitate their operations. The UN Security Council has sought to isolate the nation, imposing travel bans on coup leaders, and the US government has imposed financial sanctions on key officials under the Drug Kingpin Act.

The forces driving the development of the nacro-state are clear. Guinea-Bissau is one of the world’s poorest nations, with a gross domestic product of $970 million in 2011 (this works out to a per capita figure of approximately $600. This ties Guinea-Bissau at 172nd place (out of 191 countries) in the world. Nacro-trafficking brings provides a key source of income and revenue in an otherwise exceedingly poor country.

At the same time, drug trafficking illustrates (the admittedly shady side) of globalization. The drug trade accounts for an estimated 5-6 percent of all world trade, a figure slightly greater than that of agriculture and automobiles combined.Indeed, a UNESCO report concludes that it’s behind only the global arms trade (and perhaps now the global oil trade) in market size. It is driven by regional specialization and comparative advantage, and highlights the challenges of weak and failed states and the dynamics of global inequality.

What do you think? What can we learn from narco-trafficking about the dynamics of globalization and international relations?  And what should be done about the situation in Guinea-Bissau? How, if at all, should the international community respond to narco-states? Take the poll or leave a comment below and let us know.