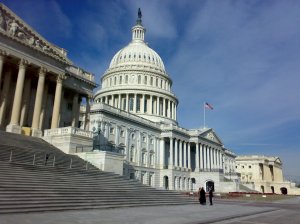 The US Capitol, Washington, DC

It seems that House’s war on (political) science is not yet over. House Resolution 1638, The Census Reform Act of 2013, was introduced yesterday. If passed, the legislation would prohibit the U.S. Census from collecting any information beyond the Constitutionally-mandated decennial population count. Specifically, it would end collection of the U.S. agricultural census, the government census, the mid-decade census, and the American Community Survey. The United States, in other words, would lack basic economic data, such as the unemployment rate and the gross domestic product measures which are calculated using data collected by the Census Bureau.

There are many countries which lack regular reporting of basic economic data. In many African countries, for example, annual GDP reports are calculated using base year estimates and an annual multiplier adjustment calculated from a few key indicators. The problem is that the further we move from the base year, the mess accurate the economic measures become. Indeed, the problem was so pronounced in Nigeria that a 2012 revision added nearly $100 billion to the national economy overnight, increasing the size of the economy by 40%. The revision was not based on any real change in the country’s economic output—it was certainly not a function of a dramatic level of economic growth. Rather, it was simply a recalculation of the figure based on more up-to-date (and arguably more accurate) data. In 2010, Ghana similarly experienced a 60 percent increase in its GDP.

So does all this matter? Should we worry about the accuracy of GDP figures in the United States? Or unemployment figures, which would be similarly affected by the proposal? Leave a comment below and let us know what you think.