The Challenge of Dumping 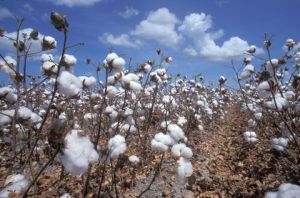 In international trade law, dumping is defined as selling goods below the cost of production plus transportation and handling. Under World Trade Organization rules, dumping is illegal. But countries continue to engage in the process, as demonstrated by the large number of cases involving accusations of dumping heard by the WTO’s dispute resolution panels.

Perhaps the most high-profile dispute in recent years has been the dispute between Brazil and the United States over U.S. cotton subsidies. Brazil contends (and the WTO panels have upheld twice, first in 2005 and again in 2008) that U.S. cotton subsidies are illegal under WTO rules because the sale of such subsidized cotton represents dumping. The cotton dispute is one of the key sticking points in current Doha Round of WTO talks, as a number of developing countries, including Brazil, have demanded the elimination of U.S. cotton subsidies which depress global cotton prices. According to a report prepared by the International Centre for Trade and Sustainable Development, global cotton prices would be 6 percent higher absent U.S. subsidies. This represents a significant increase in the livelihoods of poor cotton producers in the global south.

A new study, prepared by Timothy Wise for Woodrow Wilson Center, analyzes the impact of agricultural dumping on Mexican farmers under NAFTA.  Looking at agricultural production and trade from 1997 to 2005,Wise concludes that Mexican producers suffered across a number of agricultural sectors, losing some $1.4 billion per year over the course of the study. According to Wise, this represents more than 10 percent of the value of all Mexican agricultural exports to the United States.  Maize production was particularly hard hit, as maize imports from the United States were priced, on average, 19 percent below production costs, leading to a 66 percent decline in real producer prices for maize during the time under study.  Wise concludes that

Mexico certainly serves as a warning to developing countries considering agricultural trade liberalization. The case also highlights the weakness of international rules for defining and disciplining agricultural dumping. That weakness, and the vulnerability of developing-country farmers to import surges, makes all the more reasonable developing-country demands in the stalled Doha Round negotiations for strong Special Product measures to protect key food crops and effective Special Safeguard Measures to protect against import surges. Until agricultural dumping can be disciplined effectively, developing countries must retain the policy space to defend themselves. Mexico gave up most of its defenses under NAFTA. Farmers are paying a high price.

Dumping—or more generally agricultural subsidies and trade—represents one of the key barriers to the conclusion of the Doha Round of international trade talks. Intended to address some of the major imbalances in international trade, the Doha Round was intended to be the first round of international trade talks focused squarely on international development. But differences between the developed world, led primarily by the European Union, the United Sates, and Japan, and the developing world, led by China, Brazil, India, and South Africa, have paralyzed talks since 2008, and the prospect of rekindling talks appears dim. The major outstanding issues remain:

The closing of the Beijing Olympics and Barack Obama’s announcement of his Vice-Presidential candidate have been the two most widely covered stories over the past few days.  Here are a few other important stories from the past week:

1.  Growing instability in Afghanistan: A Taliban attack outside of Kabul, Afghanistan, resulted in the deaths of ten French soldiers.  The attack appeared to be part of a coordinated effort by the Taliban against Nato forces in the country, coinciding with another attack against US forces in the southwestern part of the country.  The attacks highlight the shortage of material and soldiers  in the country.  Attending a memorial service for the soldiers, French President Nicolas Sarkozy asserted that he would continue French involvement in Afghanistan, asserting that it was “essential to the freedom of the world.”  Reflecting growing tensions in the country, the government of Afghanistan on Friday accused Nato of killing 76 civilians, mostly children, during operations against Taliban insurgents.

2. The Crisis in South Ossetia: After negotiating a ceasefire, Russia and the west once again appear unable to resolve their differences over Russian withdrawal.  Russia has rejected Nato’s call for a total withdrawal to pre-crisis positions.  Nato has moved to isolate Russia, and in return Russia has cancelled joint military operations with Nato countries.  The crisis gave new impetus to the United States and Poland to sign a missile defense shield.  Demonstrating the link between international security and global political economy, the crisis also helped to push oil prices higher and marked the beginning of a trend of western investors pulling their money from Russia at a rate not seen since the Russian Ruble crisis of 1998.

3. The Rise of Food Neo-Colonialism: In a report issued on Tuesday, Jacques Dious, director general of the United Nation’s Food and Agriculture Organization, warned that the drive for farmland could result in the development of a neo-colonial system for agriculture.  Driven by record high commodity prices, foreign direct investment in farms and agricultural production has grown dramatically over the last couple of years.

4. The Pakistani Presidential Race: After the departure of embattled Pakistani President Pervez Musharraf last week, the struggle to find a new president has begun.  Mohammad Mian Soomro, chair of Pakistan’s Senate, has been named acting President and is heading the search for a new leader.  Asif Ali Zardari, widower of former Prime Minister Benazir Bhutto, has emerged as the leading candidate from the Pakistan People’s Party, the largest party in the parliament.

5. Unified European Parliament: After part of the ceiling of the European Parliament in Strasbourg collapsed last week, the Parliament was forced to cancel its monthly trek from Brussels to Strasbourg.  The Parliament traditionally moved to the French city of Strasbourg from Brussels for its monthly meetings, despite the fact that the majority of the Union’s administrative and bureaucratic support—not to mention its most important institutions—are based in Brussels, Belgium.  The move, widely denounced by both the EU’s proponents and opponents—costs an estimated €200 million (($350 million) per year.  It is hoped that the forced relocation of the Parliament may encourage a reconsideration of the monthly move, although French opposition may be hard to overcome.

The Doha Round of international trade talks collapsed (again) today.  It seems that the World Trade Organizations Director-General, Pascal Lamy, was a bit too ambitious in hoping that the countries would be able to hammer out a deal.  The Doha Round was supposed to be the “development round” of WTO talks.  Ironic, therefore, that the US is blaming the developing countries, especially India and China, for the collapse of negotiations.

So what really happened?  It seems that countries could not agree on new rules to cover agriculture.  It’s the same thing that’s held up the WTO for years. The United States and Europe refuse to cut agricultural subsidies to their farmers, India and China refuse to cut market protections for their farmers, and so on.  The influence of the domestic farm lobby in many countries is astounding.  Even after the US and Europe announced plans to trim subsidies (largely through a shell game which would mean few real cuts and leave open the possibility of subsidies doubling from current rates, as Alan Beattie notes) China accused US negotiators of hypocrisy in their demands to open markets in the developing world while protecting American cotton farmers through subsidies.  And India’s trade minister, Kamal Nath, accused the US of “self-righteousness”.  Not exactly the stuff of friendly trade talks.

So what remains?  Lamy is hopeful the talks may resume in the fall, but this seems unlikely given political developments in the United States and India and his upcoming reappointment to the WTO’s directorate.  More likely, I think, is an increase in bilateral and regional agreements like NAFTA.  Globalization lite, so to speak.

Reviving the Doha Round

Talks intended to re-start the Doha Round of World Trade Organization liberalization began on Monday.  The Doha Round, which had been designated the “Development Round” by its proponents, was supposed to address a wide array of issues of concern to developing countries, including liberalization of trade in agricultural goods, reducing agricultural subsidies, and access to essential medicines.  The talks originally broke down two years ago, largely because of the unwillingness of US and European officials to cut subsidies to their farmers.  Parties to the talks are expressing guarded optimism about the outcome.

What’s on the table?  The major sticking point continues to be the slow pace at which the United States and some members of the European Union are willing to remove agricultural tariffs and subsidies.  While the World Trade Organization (and its predecessor organization, the General Agreement on Trade and Tariffs, or GATT) has overseen a dramatic decrease of tariffs and non-tariff barriers to trade in industrial sectors, the agricultural sector has remained largely outside of liberalization efforts.  The European Union has offered to cut its agricultural subsidies by 60% (from €10 billion to €4 billion in annual subsidies).  The United States has offered to trim its agricultural subsidies to $7.6 billion per year.  Both sides face strong domestic opposition to the proposed cuts; both proposals have been dismissed as inadequate by the developing countries at the WTO talks.

Developing countries have long been told by the World Bank and International Monetary Fund that open markets and free trade are the most effective and efficient way to develop an economy.  From their perspective, resistance by the US and EU to liberalize their agricultural markets highlight the injustice of the world trade system, which appears to have one set of rules for the rich and another set for the poor.  That’s what makes the position of the developing countries, particularly of countries like Brazil and India, so compelling.  They have effectively turned the argument in favor of liberalization against countries which historically promoted it most.