Is It Time to End the Cuban Embargo?

The United Nations General Assembly voted to condemn the US embargo on Cuba earlier this week. Only the United States and Israel voted against the resolution, which passed by a vote of 186 in favor and 2 against. The embargo, put in place by the United States in 1963, less than 10 years after a communist movement led by Fidel Castro seized power in the country. According to the Cuban government, the embargo has cost the island nation at least 109 billion euro. Despite improving relations between the two countries, the embargo remains in place, largely because of political differences between Congressional Republicans and the Obama White House.

What do you think? What purpose does the embargo serve? Has it been effective in achieving that goal? Why? And should the United States lift the embargo against Cuba?

Were the Tel Aviv Flight Restrictions an Embargo?

American and European aviation authorities yesterday issued a directive ordering US and European airlines not to fly to Israel’s David Ben Gurion Airport in Tel Aviv. The order was issued after a rocket launched from Gaza landed less than a mile from the airport. Less than a day later, the flight restriction has been lifted. According to some, the Federal Aviation Administration was acting out of an abundance of caution after the downing of the Malaysian Airlines flight by pro-Russian separatists operating in eastern Ukraine.

But many critics argued that the flight restrictions represented an effort by the Obama Administration to impose an embargo against Israel. In foreign policy, embargos represent an effort to isolate another country, usually in response to actions to which a country objects. The United States maintains embargos (usually limited to arms and military technology, but sometimes much broader) against 6 countries today. Those against Sudan, Iran, North Korea, Cuba, and Syria, are widely publicized. However, the United States continues to maintain an arms embargo against China, imposed in the aftermath of the Tiananmen Square indictments of 1989. Embargoes are generally most effective when they are widely enforced by many countries, and because they are diplomatic initiatives, they are generally widely publicized to show a country is taking action.

What do you think? Were the FAA flight restrictions intended to serve as an informal embargo against Israel by the United States? If so, why was the embargo not publicized like most embargoes before it? Could an embargo affect Israel’s military intervention in Gaza? Why?

The Global Politics of Smuggling 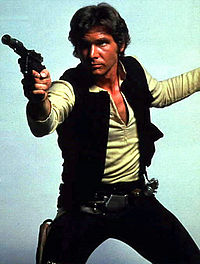 Alright, I’ll admit it. When I think of smugglers, the first thing that comes to my mind is Han Solo. In reality, though, smuggling has a long history. Smuggling refers to the illegal transport of goods or persons, usually across international boundaries, in violation of domestic or international law. Smuggling is most often motivated by a desire to avoid paying taxes, but can also involve illegal immigration or emigration (e.g., human trafficking) or the trafficking of illegal substances (e.g., drugs,  weapons, or counterfeit goods).

Over the weekend, Panamanian prosecutors announced they would file charges against 35 crew members of the Chong Chon Gang, a North Korean ship passing through the Panama Canal. The ship’s manifest indicated it was carrying 10,000 tonnes of sugar bound from Cuba to North Korea. But inspection of the ship’s cargo found 240 tonnes of weapons,  including two Volga and Pechora anti-aircraft missile systems, nine missiles “in parts and spares,” two Mig-21 Bis and 15 engines for those airplanes. The weapons were found inside containers hidden within the sugar shipment.

Cuba described the weapons as “obsolete defensive weapons” and contended they were headed to North Korea for repair. The Panamanian government described the same weapons as “sophisticated.” The MiG-21 is a fighter jet with a limited range that first entered service in 1959. The missile systems in question are similarly dated and easily evaded by current US aircraft technology. Given this, the description of the weapons as “sophisticated” might be a bit of a stretch.

Regardless of the quality of the weapons themselves, it seems clear that the shipment was undertaken in violation on a United Nations Security Council embargo on weapons shipments to North Korea. United Nations Security Council Resolution 1718 (2006) requires that all United Nations Member States “shall prevent the direct or indirect supply, sale or transfer to the DPRK, through their territories or by their nationals, or using their flag vessels or aircraft, and whether or not originating in their territories, of…battle tanks, armoured combat vehicles, large calibre artillery systems, combat aircraft, attack helicopters, warships, missiles or missile systems.” More expansive sanctions are imposed by Resolution 1874 (2009).

North Korea has a long history of flaunting United Nations resolutions and has often sought to exacerbate tensions with the broader international community. North Korea might also be seeking to reduce their reliance on Chinese support by expanding the number of trading partners it has.

The real question, though, is why would Cuba undertake such an exchange? The Cuban government had been moving to normalize relations with the United States, and had been making effective progress in this endeavor. Cuba has very little to gain from such a minor transaction, but it stands to lose a great deal now that the shipment has become public. Even assuming every element of the Cuban government’s story is true, that they were transporting the weapons systems to North Korea for repair, and that the sugar was payment, Cuba has little to gain. Philip Peters, President of the Cuba Research Center, noted that “This appears to be a violation of the U.N. resolution. But in military terms it has almost no significance at all. What this incident says about Cuba is that there aren’t a lot of places where you can go to get these old airplanes and antiaircraft systems fixed.”

And writing for The New Yorker, Jon Lee Anderson observes that, “It is difficult to know, as yet, just why Cuba would have wished to secretly load [weapons] of Soviet vintage onto a North Korean cargo ship, the Chong Chon Gang, which then concealed that cargo underneath ten thousand tons of Cuban brown sugar. But the explanation that Cuba’s foreign ministry quickly offered on Tuesday, a day after the ship’s dramatic seizure by suspicious Panamanian authorities at the Atlantic entrance to the Panama Canal, was somewhere between decidedly strange and scarcely believable.”

What do you think? Will the discovery of Cuban weapons bound for North Korea undermine negotiations to normalize relations between Cuba and the United States? Or will Cuba’s explanation mitigate any negative diplomatic effects? Take the poll or leave a comment below and let us know what you think.

Japanese elections took place on Sunday, marking a dramatic shift in political power in the country. The Liberal Democratic Party, which has ruled Japan for nearly all of its post-World War II history, looks set to lose handily to its main rival, the Democratic Party of Japan. Some analysists are projecting the DPJ may win as many as 320 seats in the lower house, giving it a two-thirds majority and eliminating any need to form coalition partners. Prime Minister nad LDP leader Taro Aso has already conceded defeat and announced his intention to resign as party leader. With the DPJ’s victory, Yukio Hatoyama looks poised to become the country’s next prime minister.

In other news from the previous week:

1. The dispute over the status of last week’s Afghan election continues. Although incumbent President Hamid Karzai has extended his lead in the most recent results, the current tally (in which Karzai leads his main challenger, Abdullah Abdullah 46% to 31%) would still force a runoff election in October. Although final results are not expected until the end of September, Abdullah has accused the government of engaging in a “massive state-engineer[ing]” of the election results, alleging voter intimidation, ballot-box stuffing, and other election irregularities. The United States has also expressed concerns over the accusations, with U.S. Special Envoy to Afghanistan and Pakistan “mak[ing] it very clear” in a meeting with Karzai last week that the election should be free and fair.

2.  Fighting between the government of Burma and a rebel militia known as the Myanmar National Democratic Alliance Army broke out last week, ending a ceasefire signed between the two more than twenty years ago. The fighting, which has led to a massive exodus of refugees into China, drew criticism from the Chinese government over the weekend. China has been one of the few countries to maintain close ties to the Burmese government, but those ties have been challenged after a reported 10,000-30,000 people crossed into China to flee fighting. The Burmese government is attempting to reassert control ahead of next year’s elections over a region which has large ethnic minorities who reject the central government’s authority.

3. The United Arab Emirates announced it had seized a ship carrying North Korean arms to Iran. According to a report issued by the government of the UAE to the United Nations, the ship, which was seized several weeks ago, was carrying ammunition and small arms, including rocket-propelled grenades, in contravention of a UN embargo established under UN Security Council Resolution 1874 (2009). That resolution was passed after North Korea’s second nuclear test in May. The United Arab Emirates is a close U.S. ally in the region, and has been under pressure to step-up its screening of  shipments bound for Iran.

4. The longstanding trade dispute between Brazil and the United States will take a new turn on Monday, when the World Trade Organization is expected to rule that Brazil may infringe patents on U.S. pharmaceuticals in retaliation for U.S. subsidies on cotton. Brazil successfully challenged U.S. cotton subsides in 2002, when the WTO ruled that the $3 billion annual cotton subsidies paid by the U.S. government unfairly distorted global cotton prices. Despite the victory, the United States has continued to pay the subsidies, and the Brazilian government has struggled to find a way to enforce the ruling. If the WTO does indeed rule that Brazil may bypass U.S. intellectual property protection in the case, it may represent a new avenue for developing countries to enforce WTO rulings. More on this in a future blog entry.

5. South African President Jacob Zuma stated last week that he will be quick to condemn any “deviant” behavior during his upcoming visit to Zimbabwe. The South African government has historically been very slow to criticize the Zimbabwean government or to bring pressure on the country, which has been in the throes of an economic and political crisis for the more than five years. Meanwhile, a United Nations report last week contended that international humanitarian assistance for Zimbabwe has fallen well short of the amount needed to address the food shortages and disease outbreaks facing the country. The UN estimates Zimbabwe will require $718 million in humanitarian aid this year. So far, only $316 million has been pledged.